Skip to content
by Marc Lanteigne and Mikkel Schøler

Mikkel Schøler is CEO of the consulting firm Sikki.

Less than a year ago, Greenland was pushed into the global spotlight in the wake of leaked reports about a United States government plan to purchase the country from the Kingdom of Denmark, despite the legal impossibility of such a proposal.

Now, Washington is trying again to secure a larger economic stake in Greenland via an announcement that the government of Donald Trump was seeking to offer an investment package [in Danish], worth approximately US$12.1 million (83 million DKK) to Nuuk, as an American consulate is scheduled to open in the Greenlandic capital later this year after being shuttered in 1953. The investment proposal underlined the ongoing interest on the US government in improving diplomatic and financial relations with Greenland, but also caused a political firestorm in Denmark, and unease in some Greenlandic political quarters over what this investment offer truly represents.

Since the beginning of 2019, the United States has begun to step up its Arctic policies, but in contrast to the previous administration of Barack Obama, the Trump government’s focus on the Arctic has downgraded the threat of climate change in favour of a sharp focus on great power competition, including the moving of military assets by Moscow to Russia’s Arctic regions, and China’s expanded Arctic political and economic presence under the aegis of developing a ‘Polar Silk Road’ as it furthers its interests in developing a distinct Arctic strategy [pdf].

The hapless attempt by Washington to buy Greenland from the Danish government, revealed in August 2019, was thwarted both by a dismissal of the idea from Greenland’s Prime Minister Kim Kielsen, as well as a lack of understanding of the Self-Rule Act of 2009 [pdf] between Denmark and Greenland, which enshrines the latter country’s right to self-determination and the option of independence. That the top tiers of the US government did not comprehend the specifics of the Self-Rule Act sparked temporary tensions between Denmark and the US, when the Danish Prime Minister, Mette Frederiksen, dubbed the discussion of selling Greenland ‘absurd’, as Prime Minister Kielsen had already declined the offer, thus underlining that the future of Greenland – both legally and politically – was in the hands of the Greenlandic people. 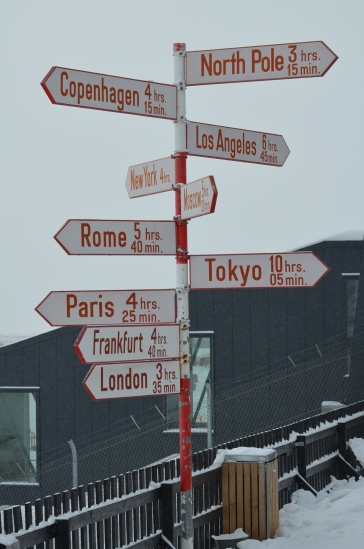 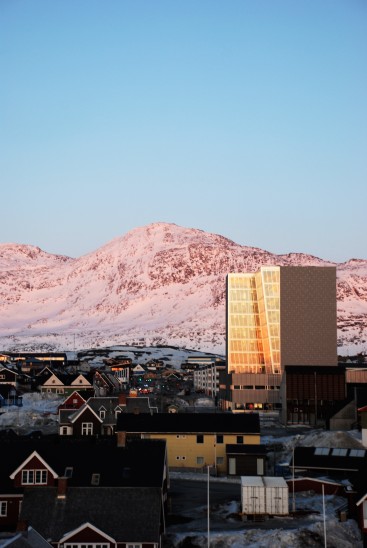 The American investment proposal, designed to promote US economic links with Greenland in key sectors such as education energy, resources and tourism, was nonetheless viewed by some policymakers in both Copenhagen and Nuuk as having a not-even-thinly disguised geo-strategic motive.

This impression may have been bolstered by a statement by US Ambassador to Denmark Carla Sands, shortly before the investment agreement was presented, which denigrated China and Russia as ‘governments who operate by different standards’ in contrast to the United States which espouses ‘transparency, collaboration, and democratic values,’. Only a very oblique mention of climate change, which has been affecting Greenland, and its Ice Sheet, to an alarming degree in recent years, was made, (‘with new sea lanes opening and milder inland climates, the Arctic’s landscape is rapidly changing,’), and there was no mention of the 2019 ‘purchase policy’.

During a follow-up press briefing by a US Department of State official after the investment plan was announced, it was made even more evident that the proposal was being made with a view to the recent regional activity of Russia, (which was acknowledged as having ‘legitimate interests’ in the Arctic), and China, which was described as ‘disconcerting’ followed by a reiteration, echoed by US Secretary of State Mike Pompeo last year, that China had no basis to refer to itself as a ‘near-Arctic state’.

The unnamed State Department official also added that the proposal was not another attempt to purchase Greenland, but was evasive on the subject of why the funding plans were not presented to the Danish as opposed to the Greenlandic government. It is worth noting that the US, and any other power, can freely interact with Greenland regarding any of the policy areas over which Greenland has already assumed jurisdiction, making the question difficult for the official, as the de jure and the de facto power relations within the Danish Commonwealth have collided in the past.

The issue of China as part of the rationale behind the US-Greenland investment plan demonstrates that the Arctic has become another arena in the rapidly developing zero-sum game between Beijing and Washington over influence, and the Trump government has been alarmed at what it saw as a growing Chinese economic presence in Greenland in recent years. However, although China does have economic interests in Greenland, especially in the area of potential mining projects, its economic footprint within Greenland remains tiny compared to that of Denmark, which continues to provide Nuuk with an annual block grant [pdf] of approximately DKK 3.8 billion (US$550 million) per year.

The investment plan received praise [in Danish] from Greenland Prime Minister Kim Kielsen, who viewed the offer as a sign that work to improve relations with Washington was beginning to show results. Danish Foreign Minister Jeppe Kofod also noted that the plan was a potential first step in the development of larger economic relationship with the US, but other Danish politicians were considerably more hostile to the proposal, with some interpreting the offer as an attempt to circumvent Danish sovereignty in Greenland and to drive a wedge between Copenhagen and Nuuk at time when relations between the two capitals have been rocky.

Still, Denmark touts its soft power attraction as a way of keeping Greenland within the Kingdom of Denmark, as a commentary [in Danish] in the Denmark’s news service Altinget noted this week. The editorial stated that the ongoing effects of the COVID-19 pandemic illustrated the importance of close Greenland ties with Denmark as well as the importance of the Greenlandic healthcare and welfare system, which could be adversely affected by a too-close economic relationship with the United States.

However, the Altinget piece missed noting the bargaining position Greenland has been put in through the enactment of the Self-Rule Act, namely that Denmark has committed to fixed expenses, including the block grant, and to handling certain policy areas for Greenlanders who are still regarded as equal Danish citizens. This leaves Greenland free to pursue other avenues of economic cooperation without breaking its ties to Denmark.

In spite of this position, some Greenlandic officials were more cautious [in Danish] with their responses to the US investment initiative, noting that the country has been seeking to diversify their trade partners in recent years, but expressing apprehension about possible American influence tied to the economic package. Former Greenland Prime Minister Aleqa Hammond, now representing the country’s Nunatta Qitornai party, also saw the plan [in Danish] as both potentially lucrative, and representing a significant step in Greenland’s independent foreign policy development, given that the United States had offered the package directly to Nuuk as opposed to via the Danish government.

However, Greenland’s main opposition party, Inuit Ataqatigiit (IA), expressed concerns [in Danish] that Americans, rather than Greenlanders, would be the main beneficiaries of the investment packages, and another opposition party, Partii Naleraq, suggested [in Danish] that the agreement would give the US a considerable tactical advantage over other countries in future economic dealings with Greenland.

This political positioning from IA is interesting, given that the party has been quite vocal [in Danish] in calling for American investments in Greenland as a trade-off for the risks associated with hosting the US Thule Air Base and Greenland’s contribution to the American missile defence system in the region. This stance has been echoed by all parties in Greenland since the US ousted [in Danish] the Danish / Greenlandic firm Greenland Contractors from servicing the Thule base in 2017, subsequently giving the job to a shell corporation subsidiary of the American company Vectrus.

Greenlandic interests in direct American investments have been voiced since before the US-Danish Igaliku Agreement [pdf] was signed in 2004, a document which sought to update the defence agreements involving Greenland in the 1950s. Due to the vague language used in that statement, so far the US has managed to largely ignore that part of the arrangement.

After Vectrus was awarded the contract, Greenland’s Foreign Minister at the time, Vittus Qujaukitsoq – travelling with a subcommittee, including then-leader of Inuit Ataqatigiit, Sara Olsvig – very vocally [in Danish] demanded increased economic benefits from the American military presence in 2016, going as far as to threaten to ‘renegotiate the defence agreement’. This move, however, was seen as a step too far, and Mr Qujaukitsoq had to be reined in [in Danish] by Prime Minister Kielsen, prompting Qujaukitsoq to unsuccessfully challenge [in Danish] Kielsen as party president of his Siumut party during the following summer.

In the aftermath, the government of Denmark declared [in Danish] that it supported Greenlandic efforts to get the US more financially involved in Greenland. Whether the Danish response to the current American investment offer demonstrates being caught off guard, or a surprise that these efforts have worked, is still up for debate. In Greenland however, the Danish response from left and right is bound to raise eyebrows, as this leads to the question of whether Danish promises to assist Greenland in bringing US investments to the country have been for show. Such would undermine Denmark’s own soft power policies, which have formed the basis for hopes in Copenhagen that Greenland will remain within the Danish Commonwealth.

In short, although the US investment offer was financial in nature, it also appears to represent another stage in what could be a developing great power game in the Arctic, with Greenland very much in the middle of things.