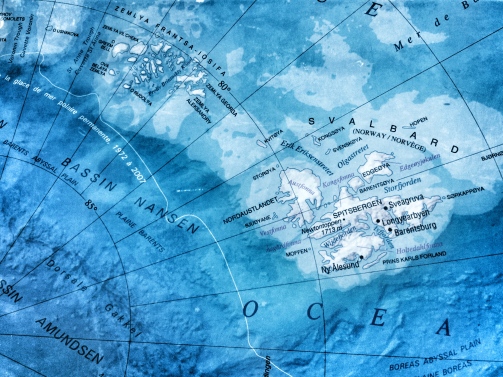 [Author’s Note: A previous version of this article appeared in the now-defunct Arctic Journal in February 2016, which outlined North Korea’s interest in joining the Svalbard (Spitsbergen) Treaty. Since this article was written, North Korea tested two other nuclear warheads, the most recent test being in September 2017, and conducted several follow-up missile tests. There has yet, however, to be any significant activity by North Korea in the Svalbard region, and North Korea remains under severe international sanctions.]

The Svalbard (Spitsbergen) Treaty of 1920, created to clarify the legal status of Norway’s Svalbard Archipelago, added an unlikely new signatory this week, namely North Korea. On 25 January, the country’s primary news service, the Korean Central News Agency (KCNA), announced that the North Korean government had acceded to the Treaty and was thus granted the legal right to access the islands. North Korea, also known as the Democratic People’s Republic of Korea (DPRK) would join more than forty Arctic and non-Arctic states as a member of the Treaty. As a signatory, under the terms of the Treaty North Korea would have the right to engage in economic activities in Svalbard and surrounding waters, while recognising the sovereignty of Norway over the archipelago.

Exactly what sort of activities North Korea would be in a position to conduct in the region is a open question, given its limited scientific capabilities and a decrepit economy which remains centrally planned, lacking hard currency, and subject to extensive international sanctions as a response to the authoritarian regime’s ongoing nuclear weapons development. The country conducted its fourth nuclear warhead test in January of this year [2016], and announced this week that it was planning a missile launch in defiance of international pressure. North Korea is one of the most isolated states in the world, led by President Kim Jong-un, and his regime has been widely seen as a direct challenge to Asian regional security.

The initial announcement [in Korean] by the KCNA about the decision by the DPRK government to pursue Treaty membership included references to Svalbard’s rich mineral wealth, including coal supplies, as well as its fish stocks. This may suggest that North Korea’s decision to join the Treaty was primarily due to economic considerations.

At present, only Norway and Russia are conducting economic activities in Svalbard. Russia operates a coal mining facility at Barentsburg, with another Russian mining site at Pyramiden shut down since 1998. With the recent drop in global fuel and commodity prices, mining in Svalbard has become far less viable. However, several more countries, including South Korea and other Asian governments including China, India and Japan, maintain scientific research stations on the islands for various Arctic studies.

North Korea is also one of several countries which have contributed to the Svalbard Global Seed Vault, with 5,700 types of crops stored at the facilities. The Crop Trust, which oversees to Vault, also supports two projects in conjunction with the Pyongyang Crop Genetic Resources Institute (PCGRI) to preserve maize and rice samples. North Korea has also made periodic use of the Northern Sea Route (NSR) to assist with shipments to Russia, one of the DPRK’s few trade partners. With Arctic shipping becoming more viable in recent years, it is possible that North Korea, like many other non-Arctic states, is seeking to better position itself to take advantage of the Northern Sea Route’s emerging potential.

Despite these developments, it is unlikely that North Korea will develop the same degree of Arctic diplomacy as its neighbours in East Asia. However, the announcement of the Svalbard Treaty’s newest supporter speaks volumes to the growing international interest in the Arctic’s economic and strategic potential.