Football fever had too-briefly gripped Iceland over the past few weeks, as the country’s team sought to advance out of its original group of four in the World Cup and enter the final sixteen teams in the knockout round this weekend. Unfortunately, things went off script in unexpected ways. The 2014 World Cup runner-up, Argentina, played the Iceland team first, with the result being a promising 1-1 draw. 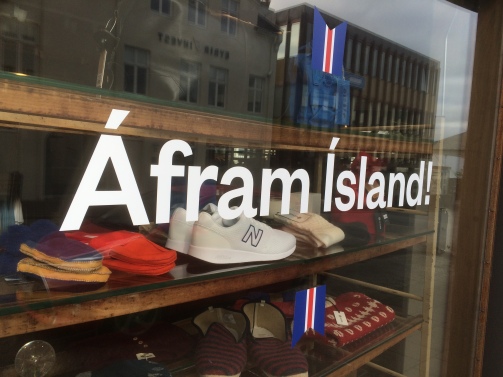 A great start, but then the team lost 2-0 to Nigeria and had to face dark horse Croatia, which was fresh from their 3-0 victory over a faltering Argentinian squad. The Croatian team beat Iceland 2-1 after a stressful match, culminating in the winning goal scored at the 90-minute mark, preventing the Icelandic team from advancing and disappointing many fans back home who were watching the match both in Iceland and in Russia.

Outdoor screens were set up at Hljómskálagarður Park as well as in other parts of Reykjavík, and football jerseys and other Iceland Football Association [In Icelandic] gear could be found for sale all over the capital.

Despite the loss, Iceland distinguished itself as the small country by population to enter the World Cup, and had quickly became known as the Cinderella story of this year’s event. The captain of the Icelandic team, Aron Einar Gunnarsson, expressed his satisfaction with the Croatia match, even though the results were not what was hoped.

Meanwhile, Iceland’s fellow Nordic teams, Denmark and Sweden, did advance into the knockout round, playing Croatia and Switzerland (Hopp Schwiiz!), respectively next week. 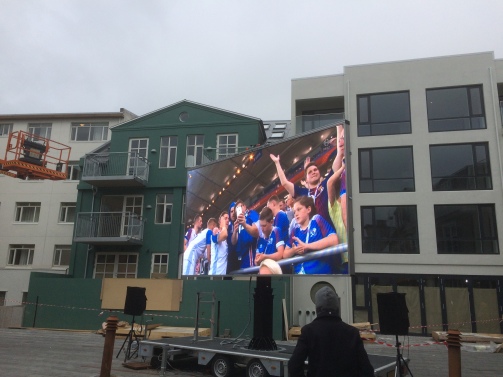