The end of 2017 and the start of 2018 will be known as a time when the Arctic came to much of North America, with record low temperatures and severe winter storms in many parts of the continent, including a so-called ‘bombogenesis‘ effect throughout the eastern seaboard, during the holiday season.

In Ottawa, with temperatures rarely budging above -20ºC over the past three weeks, it was a good time to stay indoors.

One popular attraction in the city has been the National Gallery, which opened a new Canadian and Indigenous Art exhibit in May of last year which includes work by First Nation, Inuit and Métis artists, including representations of the Canadian North in various formats.

The displays, which can be seen until April 2018, highlight many aspects of Northern Canadian life over the past two centuries and earlier. 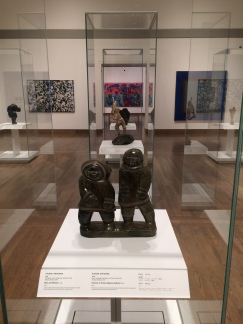 Photo by Marc Lanteigne (Art from the National Gallery of Canada.) 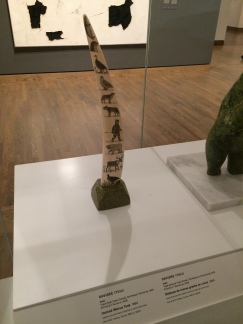 Photo by Marc Lanteigne (Art from the National Gallery of Canada.

The art pieces include those borrowed from prominent collections.

Published by Over the Circle

View all posts by Over the Circle